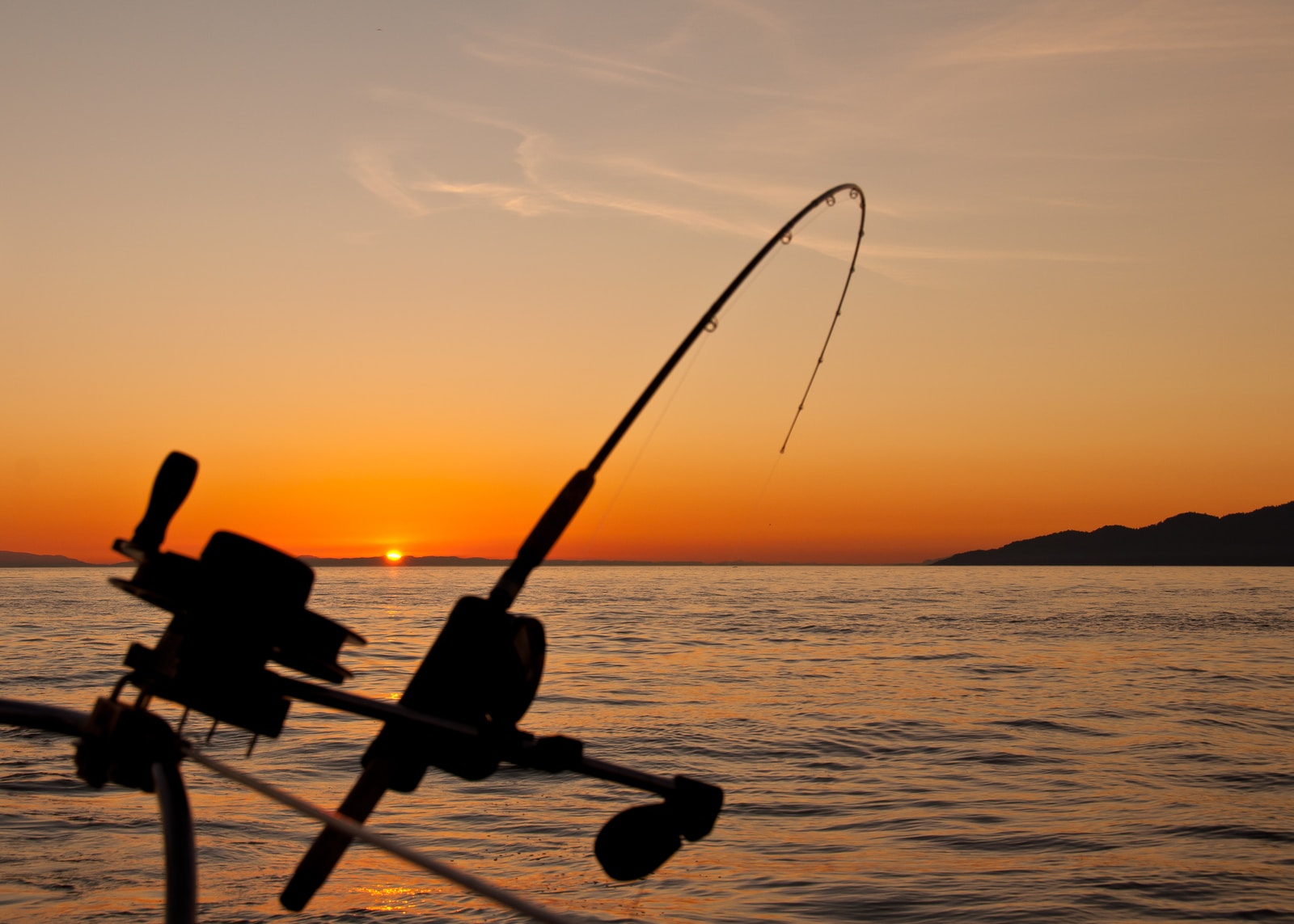 I recently returned from a week-long fishing trip in Mexico with my dad. We visited the quaint, picturesque town of Loreto on the Baja California side of the Sea of Cortez. It was an incredible time to connect with my dad, get some R&R, and, of course, experience some tremendous deep-sea fishing action. Even though it was early in the season, I came home with an ice chest full of Yellowtail and a couple of other varieties of fish. All in all, it was a successful trip, but while we were there, something happened that reminded me about the real purpose God had us there. There was another type of fishing God had in mind. Our best catch didn’t come out of the Sea of Cortez but out of the small town on its shore. The fishing company owner who took us fishing asked Jesus into His life as he held hands with my dad and prayed in front of His entire family. It reminded me that God goes to great lengths to reach people with the gospel, and He does so by sending out “fishers of men” into the Sea of this world.

When Jesus called Simon and Andrew to follow His as disciples, He caught these fishermen’s attention by describing the new kind of work they would be doing as they followed Him: “Follow me, and I will make you fishers of men…” And that’s what they would do from that day forward. Jesus modeled it everywhere He went and with everyone to whom He ministered. On a couple of occasions, Jesus even gave His disciples a miraculous catch of fish on the Sea of Galilee to model the kind of supernatural fishing they would do for men. In Luke 5, Jesus sets up the perfect analogy for His disciples. On one side, many people are pressing in to hear the words of Jesus; on the other side, there is a lake full of fish. Between the two were Jesus and His soon-to-be disciples. We read:

Luke 5:1-11 – 1 So it was, as the multitude pressed about Him to hear the word of God, that He stood by the Lake of Gennesaret, 2 and saw two boats standing by the lake; but the fishermen had gone from them and were washing their nets. 3 Then He got into one of the boats, which was Simon’s, and asked him to put out a little from the land. And He sat down and taught the multitudes from the boat. 4 When He had stopped speaking, He said to Simon, “Launch out into the deep and let down your nets for a catch.” 5 But Simon answered and said to Him, “Master, we have toiled all night and caught nothing; nevertheless at Your word I will let down the net.” 6 And when they had done this, they caught a great number of fish, and their net was breaking. 7 So they signaled to their partners in the other boat to come and help them. And they came and filled both the boats, so that they began to sink. 8 When Simon Peter saw it, he fell down at Jesus’ knees, saying, “Depart from me, for I am a sinful man, O Lord!” 9 For he and all who were with him were astonished at the catch of fish which they had taken; 10 and so also were James and John, the sons of Zebedee, who were partners with Simon. And Jesus said to Simon, “Do not be afraid. From now on you will catch men.” 11 So when they had brought their boats to land, they forsook all and followed Him.

In this passage, Jesus draws a correlation between the multitudes on the shore that needed to hear the word of God and Simon’s supernatural catch. In the process of showing Peter the possibility of doing the impossible, we can learn a lot about the process we need to follow to catch men and women today with the gospel effectively. Here are just a few principles:

1.) We must be willing to go into deeper places with God
After Jesus preaches to the multitudes from Simon’s boat, he orders the mesmerized fisherman to “Launch into the deep and let down his nets for a catch.” I’ve found that sometimes we must be willing to launch out into the deep by faith to be in the right place at the right time. When I speak about going into deep areas with God, I don’t mean a superficial depth. I’m not talking about some extra-biblical, ultra-emotional, spiritual-feeling experience, as some today would define deep. No, I mean deep in faith, deep in selfless love, deep in moving out of our comfort zone and beyond our natural means. When we move into those deep places, we are bound to find fruitful ministry on the other end.

2.) We must trust Jesus’ word over our own understanding
Peter doesn’t fully understand this instruction. Remember, Simon Peter was a professional fisherman. He had taken every course and fished every method. He knew the lake from front to back, knew the patterns of the fish and possessed an experiential understanding of when and how to fish. He had already exhausted himself all night and came up short of success. It didn’t make any logical sense in Simon Peter’s mind to go back out to the same spot where he just failed and cast the new expecting different results. But Simon Peter got something right when he chose to obey “At the word of Jesus.” There will be times in life when what God asks you to do doesn’t make a whole lot of worldly sense to you. It might look foolish to those who are watching. Nevertheless, we have a Savior with whom nothing is impossible! If Jesus says it, He has the power to accomplish it. To successfully catch men, we must have the faith and courage to listen to Jesus’ word and obey them.

3.) We can’t effectively do ministry alone
When the miraculous catch comes in, they had to call in the cavalry to help bring in the heavy load. If Simon Peter had been alone, He would have had full nets but no ability to bring them to shore. In my experience, I’ve found it true that it takes a team, a family of people, to carry a whole load of fruitful ministry. No pastor, leader, or servant can accomplish their ministry without the help of the rest of the body of Christ. Don’t ever be ashamed to both lend a hand when it’s needed or ask for help if you’re drowning under an unbearable load. We’re all in this together.

4.) We must humbly recognize the power of Jesus at work
When Simon Peter sees this divine act of provision and abundance, he falls to His knees in the presence of Jesus, astonished at Jesus’ power, and humbled by his own inadequacies and sin. This is how it should be when Jesus does something extraordinary in our midst. We have it backward when we come out of an experience where God did something incredible, and we think that we had something to do with it. When God uses us to accomplish eternal work, we should not have a strut in our step but rather callouses on our knees. God deserves all the glory for using broken, sinful vessels like us to c0onvey His marvelous truth and power.

5.) We must be ready and willing to surrender to Jesus wholly
At the end of this ordeal, those who witnessed this event “forsook all and followed Him.” I am entirely convinced that there is nothing God cannot and will not do with a wholly surrendered life. What God accomplished through the surrendered will and body of Jesus Christ to save the world bears witness to the power of surrender. Surrender is the hardest thing for humans who naturally strive to be in control, yet it is the one thing that brings forth the most significant possibilities for God’s power to be displayed. It’s always good to ask, “Does God have every part of me? Am I abandoned to follow His will, no matter what He asks or what the cost?” If the answer is yes, I’m convinced we will see a life that is accomplishing kingdom work.

So let us be fishers of men. May we resolve to move into deeper places with God, trust His word above our own understanding, do ministry with others, humbly recognize Jesus’ power, and be fully surrendered to following Him! In doing so, a phenomenal catch is right around the corner!

By His grace, Pastor Josh

We use cookies to optimize our website and our service. your privacy matters to us.
Manage options Manage third parties Manage vendors Read more about these purposes
View preferences
{title} {title} {title}