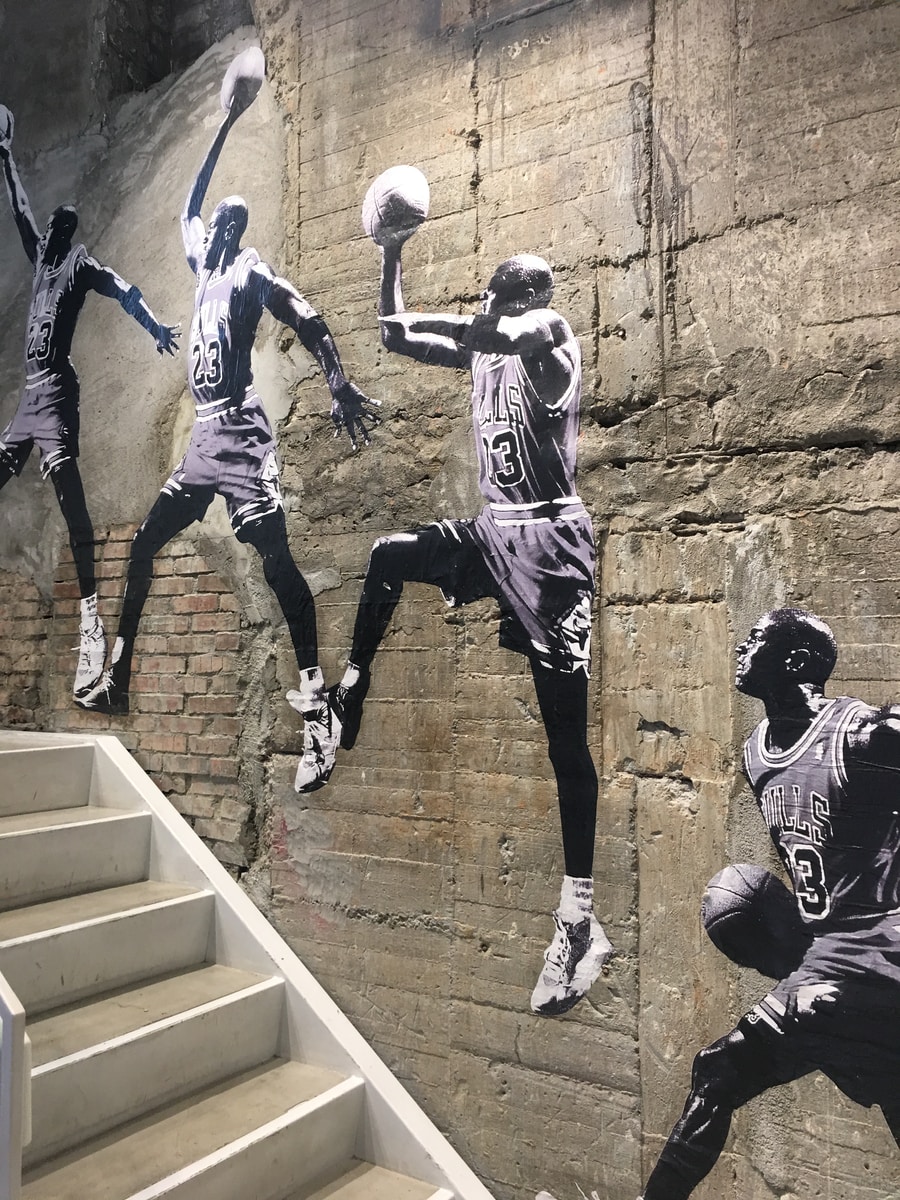 “For every man threw down his rod, and they became serpents. But Aaron’s rod swallowed up their rods.” Exodus 7: 12 (ESV)

“For every man threw down his rod, and they became serpents. But Aaron’s rod swallowed up their rods.” Exodus 7: 12 (ESV)

Do you remember this slogan from the nineties, “I want to be like Mike”? Do you remember who “Mike” was? That’s right, Michael Jordan. But for what product was the slogan for? If you guessed Nike, you’d be incorrect. I’ll give you the answer in a second.

There’s more to the song, but you get the gist. This song, along with images of Michael Jordan playing ball and sipping an orange drink, helped to sell hundreds of thousands of gallons of ….Gatorade!

At the zenith of MJ’s basketball career, almost every young basketball player wanted to imitate Jordan’s style of dress, his dunking and scoring abilities, even imitating the way he stuck his tongue out when he drove to the basket. Despite all the millions of imitators that came after MJ, no one has ever quite duplicated his style, his popularity, or his scoring prowess. All they could do to be like Mike was drink the same Gatorade he drank.

In today’s passage, Exodus 7:1-13, we see the development of a biblical picture slowly coming into focus. It’s a portrait of an Egyptian Pharaoh who was behaving as if he were God. Which is no surprise since early childhood, the chosen ruler would have been told he was not merely human, but was deity. Thus, everyone in the land would have worshipped him as such.

But then comes along Moses. In Exodus 7:1 God says to Moses, “See, I have made you as God to Pharaoh, and Aaron your brother shall be your prophet.” In essence, God was showing Pharaoh that He was the one in charge, and that He could pick whomever He wanted, whenever He wanted, to be in leadership. That Pharaoh may think he had power, but it was God who absolutely had the power.

Then God does something else, He places Aaron in a position to be Moses’s prophet. To me this does two things: one it provides us with a foreshadow, or a Christ-type, of Jesus’s ministry on earth. We are told in Isaiah and the gospels that John the Baptist was “a voice in the wilderness,” proclaiming the coming Messiah. We see Aaron as a voice from the wilderness speaking on behalf of Moses who will help deliver the people from captivity.

But secondly, it reinforces Moses’s position of being God to the Pharaoh. For who in the Bible used prophets to spread their message – it was only God.

With this in mind we see Aaron going before the Pharaoh with Moses’s staff. Casting it down in front of the Pharaoh as a sign of God’s calling to let His people go. The staff becomes a serpent. Of course, Pharaoh was not impressed, since he thought of himself as a god, he simply called upon his magicians to do the same. Which they did.

Now if you or I were standing in the place of Moses and Aaron, and the Pharaoh was able to imitate this amazing sign from God, I think we would have quickly skedaddled out of the Pharaoh’s house with our tails between our legs. But God wasn’t through yet. We’re told in verse 12, “Aaron’s rod SWALLOWED UP their rods.” What?!

The fascinating thing about this transaction is the fact that the Egyptians held the snake up as a symbol for their gods. Often worshiping the Cobra as the manifestation of their deities. So, when Aaron’s one snake swallowed their many snakes it would have been a clear statement to the Pharaoh, his magicians, to Moses and Aaron that our God was greater than any of their gods.

For us, this story is much more than Moses verses the Pharaoh. This is a reminder to us that Hell will try to imitate God every chance it gets in order to create confusion, despair, or fear. If Satan and his fallen angels can convince us that we worship a weak God, then most likely we will harden our hearts and walk away from our relationship with Him.

But we have to remember that anything that this world offers as an imitation of God will either rust, decay or be burned up. Nothing it provides can duplicate Who or What God is – nothing!

Ephesians 5:1 does command us to “be imitators of God as dear children.” But I thought you said nothing in this world can duplicate God. You’re right I did say that. However, 2 Cor. 5:17 tells us “if anyone is in Christ, he is a new creation; old things have passed away; behold, all things have become new.” This means it is no longer you or I trying to imitate or duplicate God in our own strength, instead it is God reshaping us to be more like Him and into a closer imitation of Him.

Thus our lives can be used to demonstrate and express Christ’s deliverance from sin. For it is up to us to be “epistles of Christ” (2 Corinthians 3:3), taking the truth of Who God is to a lost and hurting world. And the best way to do that is not to be like Mike, but instead be like Jesus!